In 2016 Jacob Dalton wrote an essay on the energy market and its challenges during his master's degree in sustainable energy at renowned school KTH in Stockholm. What he didn't know then was that a company called Tibber was born whose two founders had exactly the same insights – that the whole industry is in the middle of an inevitable shift that will make it difficult for the traditional electricity companies to survive.

Today, Jacob works as an engineer at Tibber, where he, together with the company, strives for a more sustainable future through smart technology and innovation. Read the updated version of the essay with final comments from Jacob himself. Incumbent energy companies worldwide are being faced with the perfect storm. The energy ecosystem is shifting turbulently underneath them, the status quo is no longer and they are being forced to change the way they operate or face sinking.

The perfect storm is explicitly made up of four destabilising factors

The first factor, being decarbonisation, stems from the dire need to transition away from carbon intensive energy production in order to curb humanities headfirst plunge into climate disaster. We have all heard of the Paris agreement, that is seeing Governments put in place stricter regulations, forcing business and industry to get off the fossil fuel train. Carbon markets too, are beginning to have significant influence; with the European carbon price reaching a 14 year high at €30/tonne in July, compared to €5 in 2016. For energy companies, this means the adoption of an increased share of renewable energy generation and higher costs related to their traditional carbon intensive generators. This is not to mention the significant effect of the massive investments made in energy efficiency, meaning a reduction in the growth of energy demand.

Essentially, Decarbonisation will be forcing energy companies to sell a more expensive product – and less of it!

This then leads us to Decentralisation, since the majority of renewables will be considered Distributed Energy Resources (DERs), as opposed to old, large, centralised plants. A process that has already commenced, we’re seeing the locus of control of energy production shifting from giant fossil fuel-based centralised energy companies to millions of smaller producers and prosumers (producing consumers). Think thousands of distributed mini-power stations in the form of solar photovoltaic (PV) on household rooftops vs one giant coal-fired power plant.

The point at which solar PV reaches widespread grid parity (when its cost is lower than the cheapest fossil fuel generators, even without subsidies) has been predicted to occur this year if not already passed in many regions worldwide. This poses a significant challenge for energy companies who are faced with 30-year economic lifespans of centralised plants and distribution infrastructure. As prosumers increase self-consumption, and as Power Purchase Agreements (PPAs) become the norm, the demand for traditionally generated electricity will fall, meaning standard revenue streams of €/kWh will diminish and the energy companies’ ability to pay back their investments is further reduced. For example; Swedbank recently announced a PPA with a Swedish solar energy company (yes even in not so sunny Sweden, grid parity is reached) that will cover 30% of its energy demand for the coming 20 years. Or the plan to build a 155MW solar plant in Denmark with zero subsidies, backed by risk-averse insurance companies and pension funds (AP-fonden and Folksam amongst others). All of that is energy not being supplied by traditional energy companies.

Feeling the squeeze of reduced revenues, energy companies are forced to pass on costs to the fewer remaining customers, which leads to higher electricity bills and providing those customers too with incentives to look at alternative sources of electricity. In turn, reducing revenue further and the cycle continues… into what is known as the famed utility death spiral.

Jacob at the Stockholm office.

To properly manage and optimise this increasingly complex energy ecosystem, it will be necessary to effectively utilise the third factor of digitalisation. The advent of smart grids, smart meters and digital customer platforms will allow energy companies to best manage renewable and distributed energy resources, facilitate demand response and flexibility management and finally; collect, compile and present data to their customers in such a way that creates value. By presenting data in a simple, tangible way, energy companies can engage their customers and empower them to lower their consumption as well as take part in the energy marketplace.

The current situation see’s end-users interact with energy companies for an average of 9 minutes per year, what’s more, these few minutes consist entirely of the negative experience of reading an electricity bill. Therefore most importantly, digitalisation will open the door for energy companies to maintain a continuous and positive dialogue with their customers. For example, this would occur through the two-way exchange of information possible on a customer engagement platform or smart-phone application.

Now, whether energy companies like it or not, these three previous factors are bound to lead to the fourth and final; the democratisation of the energy sector. As previously mentioned, with the shift of the locus of control away from central generators and with ubiquitous, useful information at their hands, end-users will become empowered key players in the energy marketplace. For example, together with selling local rooftop solar production, prosumers can offer their DERs to deliver services at the fringe of the grid, such as balancing services through smart charging their electric car, or voltage control services via smart inverters from their solar panels. Ultimately, this will mean that more value is extracted from each energy resource, increasing the efficiency of grid management and thereby reducing the costs to society of maintaining a robust and stable electricity grid.

In monetary terms, this also means that instead of profits being accumulated in the hands of the shareholders of the biggest energy companies, value will instead be democratised across a vastly more dispersed energy sphere. The question remains whether energy companies will resist change and fight to maintain the status quo - as done by many fading giants. Or rather, will they have the foresight to see the democratisation of the market as a critical value-creating opportunity.

So, with these destabilising factors at play, how does an energy company shift its business model to survive in the future? One key answer is to transition from a commodity-based to a service-based model and create value by shifting focus towards the customer. Through fostering a relationship founded upon transparency and trust, rather than traditionally adversarial interactions between sellers and buyers, energy companies can create win-win interactions. In this way, they are seen as trusted energy advisors, who by connecting customers to a wide range of technologies and services, facilitate them in taking part in the energy market.

In summary, the path forward for energy companies is through a turbulent and disruptive storm, the four Ds of decarbonisation, decentralisation, digitalisation and democratisation are ominously threatening their status quo and traditional revenue streams. However, the change is necessary and inevitable, and it will be those with the ingenuity and agility to pivot around their customer relationships, who will be the ones best equipped to swim. Although very few dinosaurs could swim ;) .

Believe it or not, the above article was originally written for a university project in 2016 (figures and market examples have been updated since). Unbeknownst to me, this perfect storm was being viewed upon by Edgeir and Daniel as the ideal concoction for cooking up a disrupting startup, Tibber. Starting with a completely clean slate and bold mission, they were able to build a company designed specifically to harness the gusting winds of this storm rather than be sunk by its turbulent waters.

Tibber not only fully embraces, but rather capitalises on these disrupting factors:

Decentralisation: Tibber makes no retail revenue on a €/kWh basis and rather charges a fixed service fee for offering services that reduce energy consumption and cost. Tibber embraces the integration of distributed energy resources: for instance through selling customers excess rooftop PV production.

Digitisation: Tibber is a completely digital energy company. Digitisation makes it possible to transparently pass on the wholesale price to the end user, while through the Tibber App, consumption data is portrayed to customers in a coherent, engaging and insightful way, and a continuous two-way dialogue is maintained.

Democratisation: Tibber empowers its customers to enter the energy marketplace, helping them to capture and share value. By making zero retail revenue, Tibber is aligned with the end user’s goal of reducing energy consumption. Meanwhile, through orchestrating the distributed energy resources in their homes and offering services to the grid such as grid balancing via smart EV charging, Tibber enables households to play an active role in the energy transition.

What can be more disrupting than a company that embodies the disrupting influences themselves? 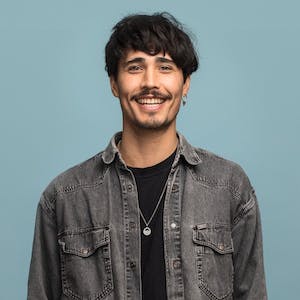 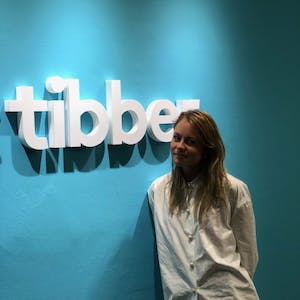