Energy is a scalar physical quantity, as it is beautifully called. Whether your high school career was full of natural sciences, or whether you preferred to be in history or language class – we all learned at least something about electricity and its basic principles of physics. The question is, though, how much of it do you still remember? 🤓 From ampere to volt: time to freshen up some of that physics knowledge.

Energy can be seen both from an economic and a science point of view. When we're talking about the economic definition of energy, we're talking about energy as a natural resource – that which us humans produce and consume. But we're not in economics class, it's physics that's on our schedule today! And so we're talking about the capacity for doing work, as energy is defined in physics. Energy can take on many different forms: think of a lamp (radiant energy), heating (thermal energy), going for a run (kinetic energy) or the electricity that comes out of your socket (electrical energy).

How to measure energy?

One of the most important basic principles of all natural sciences is the so-called law of conservation of energy. It states that energy in a closed system can neither be created nor lost. The total energy therefore always remains the same, it merely transforms into other forms of energy. As a small experiment, you can simply rub your hands together - congratulations, you have just converted kinetic energy into thermal energy 💪.

So when we talk about things like energy generation, energy consumption or even energy waste, what is basically meant is that there are forms of energy that are more and less usable to us. In this context, we then also speak of energy efficiency.

So how can we measure energy when it comes in so many different forms? The International System of Units (SI) for physical quantities defines the Joule (J) as the standard unit for energy. However, depending on the field of application, other units are used for energy. When we talk about electrical energy - or electricity - it is usually the unit watt-hour (Wh). One watt-hour corresponds to the energy absorbed or released by a system with a power of one Watt in one hour. Using the example of a 40 Watt light bulb, this means that it consumes 40 Wh of energy in one hour. Even more common in everyday life is the kilowatt hour (kWh). This is simply a thousand times a watt-hour. This should be familiar to almost everyone, since especially the price of electricity is calculated in cents per kWh. A small example: let's assume you have an electric heater with a power of 1 kW. In the Tibber app, you always see the current electricity price. Now let's assume you use your heater for one hour while the electricity price is 25 cents/kWh. The hour of heating would then cost you a total of 25 cents.

Okay, now we've talked about power quite a few times, but what exactly is it? This is where the Watt (W) comes into play: the standard unit for power. One Watt is equal to one Joule per second. So you could say that power is more or less work per time. Using our 40 Watt light bulb from before as an example, this means that it consumes 40 joules of energy per second.

What do water and electricity have in common? 💧⚡

Let's talk a little more about electricity. The scientific definition is admittedly a bit complicated. So let's try to make it really simple for now: Everything in the universe is made up of tiny particles, atoms. Atoms are usually surrounded by electrons. These electrons possess "energy" in the form of electric charge. So what we generally think of as "electricity" or "current" is basically a stream of electrons flowing through a wire called a conductor.

For a better understanding, the connection of these components can be explained by the so-called hydraulic analogy. Here, we compare the flow of electrons through an electrical conductor with a water pipe. Let's take a closer look at this.

💧 How fast we can fill a bucket with water depends on the diameter of the pipe and the water pressure on the pipe.

Transferred to electricity, this means:

Voltage, electric current and resistance are interdependent. If one of them changes within a circuit, the others also change. If, for example, limescale is gradually built up in the pipe while the pressure remains the same, it is as if the diameter of the pipe were reduced. Less water flows. Or, to put it another way, if the resistance increases while the voltage remains constant, the electric current will decrease.

⚡ Now it is easier to imagine how the tiny electrons rush through a wire. The voltage here represents their "drive", so to speak, and the electric current represents the diameter of the wire or how many electrons flow through the wire in a certain time. Now imagine that the wire itself consists of atoms. As the electrons flow through the wire, they rub against these atoms and slow down: this is the electrical resistance. As our little experiment from the beginning showed, friction always generates heat. The higher the resistance, the more heat is generated. This effect is used, for example, in kettles and hair dryers. Other times – we’ll get to that in a moment – the resistance can become a problem.

War of the currents

When we're talking about the basic principles of physics, we also briefly need to talk about frequency (f). Hertz (Hz) is the standard unit here according to the SI (has nothing to do with the car rental service 😉). Frequency indicates how often something happens per second. In the context of electricity, that 'something' is the so-called alternating charge. To explain what that is, we have to travel back in time – to the end of the 19th century, to be precise.

An extensive and stable electricity grid like we have nowadays, was still a long way off in the United States of the 19th century. However, it was there and then that the future of the electricity grid was about to be determined. The 'war of the currents' was fought by George Westinghouse and Nikola Tesla on the one side, and Thomas Edison on the other. Direct current (DC) is the future, Edison said, in which electrons always flow in the same direction. Westinghouse and Tesla were like 'nah, not really' and advocated for alternating current (AC), in which electrons change direction constantly at a fixed frequency. ⚡

👆 The direct current (DC) of Edison: the electrons in the circuit always move in the same direction, resulting in one straight line in the graph representing the constant voltage.

👆 The alternating current (AC) of Westinghouse and Tesla: the electrons in the circuit change direction constantly at a fixed frequency, resulting in a continuous wave in the graph representing the alternating voltage.

Turns out Westinghouse and Tesla were onto something, because AC is the energy system that we're actually using nowadays – amongst others. Back in the 1900s, unlike alternating current, direct current would flow directly from the power plant to homes via power lines, but the resistance of the cables was too great. So direct current at that time could not be transported over long distances. With alternating current, on the other hand, the current is amplified with a transformer and sent through the cables at a very high voltage. This means that the resistance of the cables no longer had such a strong effect. At the end of the line, a second transformer then ensures that the voltage is lowered back to a safe level. The frequency of the constantly alternating charge of AC is measured in hertz, the unit we've discussed before our small time travel. Today, in the whole of Europe, this grid frequency is maintained at 50 Hz.

There's one more thing we need to look at before our class ends, and that's three-phase current. In the graph for alternating current above, you see that the voltage constantly moves up and down from a positive to negative value and that it's briefly (close to) zero in-between. Since the neutral wire also carries no voltage, there are always short phases in which the voltage and also the energy transport in the circuit is very low and even zero for a short time.

To get around this, the structure of the circuit can be changed so that instead of one phase wire and one neutral wire (as above), there is no neutral wire, but three phase wires. Each of these runs through a complete cycle 50 times per second - we remember: the grid frequency. Each wire has a phase shift of one third compared to its predecessor. In this way, there are no more "dead" points in the diagram:

Why is this important? This is best explained on a trip into the green. If we take a look at the overhead lines in the area, we notice: usually 3 lines are run in each case. So our power grid is a three-phase grid.

There's of course a lot more to say about electricity and we could go on about it forever. For now though, you should have gotten the basics straight, so it's time for us to say: class dismissed. 💚

By the way, are you curious to see what role electricity plays in your daily life? The Tibber Pulse (available in the Tibber Store in Norway and Sweden) allows you to see the effect of your electric appliances on your energy usage in real-time – a perfect way to bring your knowledge of watt and kilowatt-hours into practice. 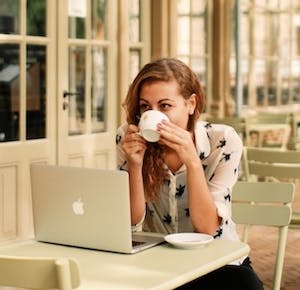 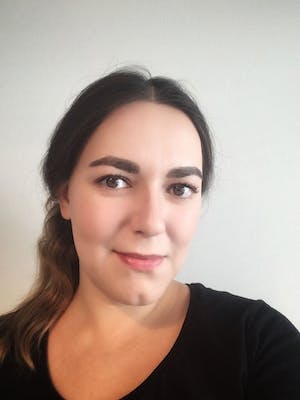